Here I present to you an ultrasound of my new baby, the draft copy of the cover for my new book to be released in a few weeks. It would be one of the longest gestations ever if this were a human baby. But the book has gone through a long evolutionary journey, not unlike its protagonist.

Watch this space because once the particulars have been finished, a special pre-publication offer will be made to any visitors to this site. To be among the first to hear of this special offer, just type the words “Owl Offer” in the message box of the contact page.   Don’t for get to include your name and e-mail address.

Below is a brief excerpt from the book about a man who was destined to live forever or until . . . until what?

What he learns is that to never die is not the same as living forever. 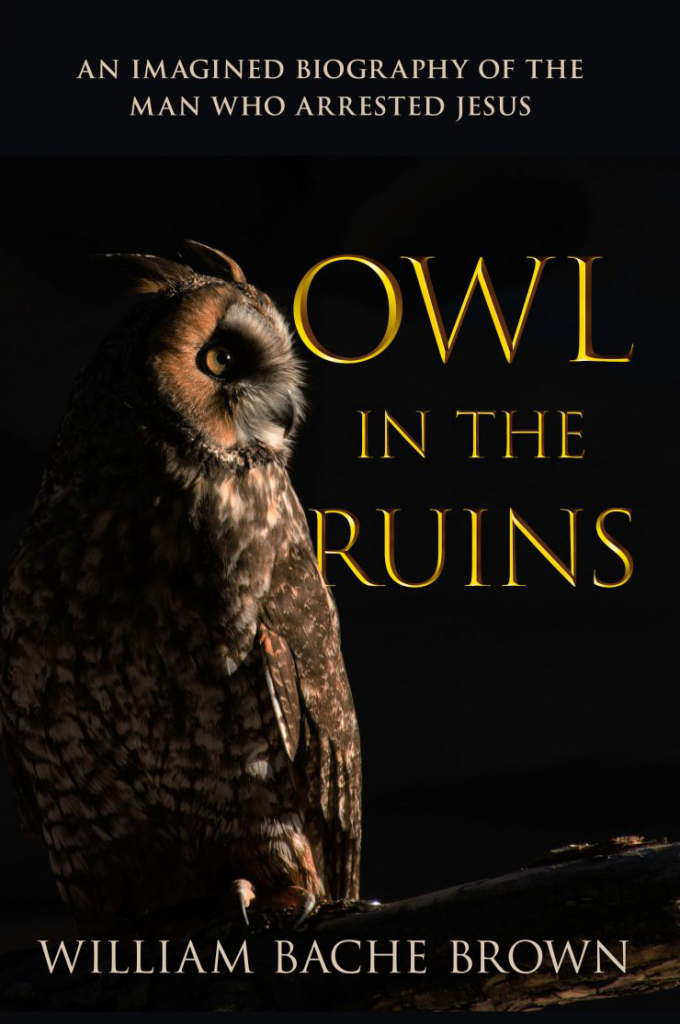 When the light returned, Malchus did not know if a minute had passed, or an hour, or a thousand years.  Or if he had somehow gone back in time.  Or ahead in time.  Or if there was no time.

He spun about, specks of light whirling around as far as he could see, a cacophony of sounds penetrating his ear, whooshing, voices murmuring, roarings, a stinging against his skin as if he were falling through a sandstorm.  Yet he felt no pain.  He thought, so this is what death feels like.  Yet he could feel his limbs, his eyelids, his lips, all of his body as if he still possessed it, unlike what he had imagined death would be, a freeing of the soul from the body, or ceasing to be at all.

Instead, his senses were alive to every sensation imaginable, yet none of them were as he had once felt things.  The lights were almost too much for his eyes; yet he felt no discomfort in them.  The sounds were almost too much for his good ear; yet he felt no pain in it.  It was as if each of his senses could perceive the stimulus of the others, as if he could smell and taste and hear lights, as if he could see, smell and taste sounds too, as if he could hear the stinging on his skin.  If this was death, then it was a strange thing.

He reached up again to feel for his missing right ear as if for verification that he was really in his body, so out of ordinary were all the sensations he felt, especially the sounds that were not sounds that he seemed now to hear through the ear he did not have.  As his hand moved up toward his temple, he felt for dried blood on his throat where his knife had penetrated but felt nothing, not blood, not sliced flesh, just a faint scar.

It was as if all of time had been compressed into one moment, and a single moment had exploded into all of time.

To be among the first to hear of the special offer for an autographed copy, just just type the words “Owl Offer” in the message box the contact page.   Don’t for get to include your name and e-mail address.